This year, and by a matter of luck, I had the pleasure to witness one of the most significant fairs in the Andalusian region, this time I travelled directly from Málaga (right after attending La Feria de los Pueblos at Fuengirola). Train from Maria Zambrano straight to Santa Justa in Seville, where my darling friend Josito was waiting for me…. 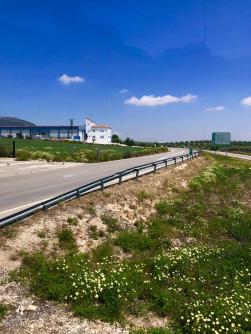 .y me la paso de feria en feria…well at least for now and just because the universe wants me to have fun lol. I was so pleased to find out that week a delightful event was taking place; La Feria de Abril.

The April Fair is celebrated in the Andalusian capital of Seville, Spain. Its roots date back from the 19th century (1846) as a cattle fair, Feria del Ganado.  However, over the years, the fair has become a outburst festivity of colours and camaraderie. The fair typically starts two weeks after Easter. This is why it is called “La Feria de Abril” however this year took place in May with a seven full day event, bursting of great energy and the charming spirit of the Andalusian, it run from Saturday to Saturday.

I promptly arrived to my friend’s house, got change and straight to the fair! 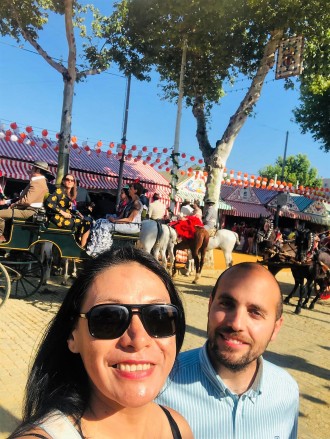 I realised how important the fair was the people of Seville, when I started to see hundreds of people walking proudly with their inspiring flamenco dresses (beautiful “trajes de gitana” or faralaes) and beautiful smiles towards the gathering place: an urban fairground of over 1K M2, near Los Remedios and the Guadalquivir river. 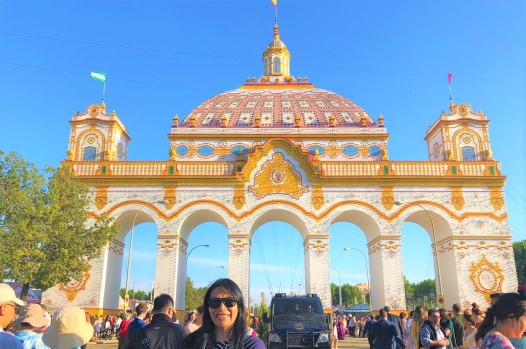 They say energy is very contagious, and I was feeling great to be there, ..also I had to tell Josesito off for not having ready a flamenco dress for me lol. (He later got me one though).

As we walked we admired the proud riders, horses strolling through the streets towards and at the fair, while women exhibit proudly their best fashionable dresses which on occasions seem all very tights to be able to breathe.

As thousands of people gather by entrance door, the cover, the city becomes a short-term fantasy for an entire week. This year’s cover, Puerta de entrada, was inspired by the V Centenary of the first round the 🌎 world and also includes an allusion to the commemoration of 175 anniversary of the founding of the Civil Guard.  Just after 8 pm, the cover becomes a beautiful lighting display that inspired the party-goers to keep on until the very early hours of the morning.

For the whole duration of the fair, a huge area on the far bank of the Guadalquivir River are completely covered by a line of individually designed booths (casetas), 95 % of them belong to distinguished families of Seville, groups of friends, private clubs, various trade associations as well as political parties, the rest of the booth are public and anyone can access. 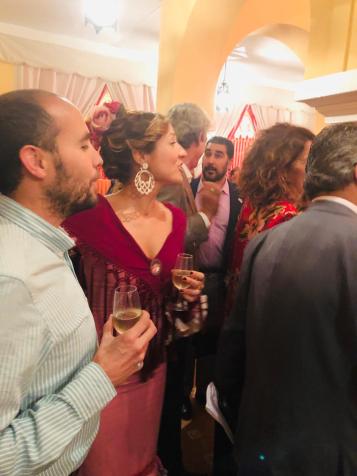 From midday until six am the following day, the fair expressed the full culture of the Sevillanos, at first in the streets and later in each colourful booth – caseta, where crowds keep jolly partying, singing click me, eating traditional food, drinking the famous rebujitos or manzanillas, and of course dancing the Sevillanas.

I give my sincere thanks to my friend Jose, his family and friends, who welcomed me at this wonderful event, truly an emblematic party of their culture. Thanks for allowing to witness your wonderful dances, food (yes I did find for vegan tapitas), and celebration. 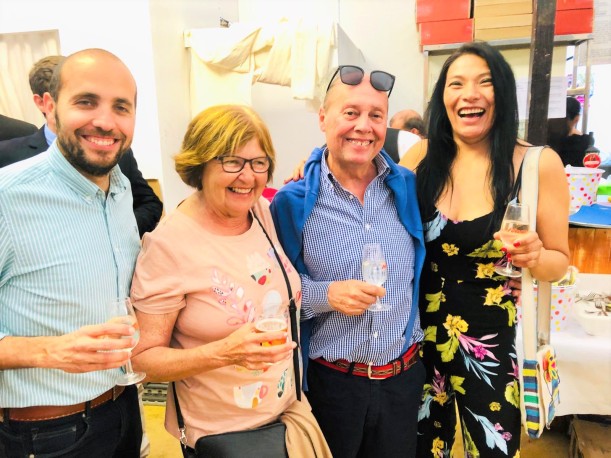 I left the city with the many memories and colourful displays in my mind. I truly enjoyed the late night walk from booth to booth, the walks around the fairground, the horse riders, the Sevillanas, the flamenco, the dances, the laughs while we tried to jumped at not accessible booths and of course the company of these wonderful Andalusian, who I have close to my heart now for many years.