First at all, an interesting fact about Bangkok Suvarnabhumi Airport: It has the world’s highest control tower! with 132.2 m. in height! Suvarnabhumi Airport was given its name by King Bhumibol Adulyadej which means “The Golden Land”. It handled over 55 million of passengers in 2016. This is over 20 million more than Bogota El Dorado Airport and over 19 million less than London Heathrow.

When the plane was taxing its way to the gate, I noticed a lovely terminal design, with a shape of sea waves, I really like it, I am quite sure my sister Adriana would love it, her being a brilliant architect and all.

When I left the plane, I found very modern and super clean facilities. It was very easy to journey around since the airport all around has excellent signs. I had already completed up my arrival and exit card, which the kind Eva Air flight attendants had distributed beforehand while onboard.

When I arrived at passport control I found that there was almost nobody in the queue at that time, happy days! Because if there is one thing I tend to dislike are queues. The official greeted me in a very polite manner and even smiled at me, (which is unusual in passport control officers), I handed over my passport and forms; he promptly checked them, and a minute later gave my passport and departure card back, both stamped. He also indicated the area where I needed to collect my luggage.

When I arrived at the conveyor baggage belt, I found that my bag was the only suitcase rolling! (maybe because I was the last to get off the plane and then it took me a little longer to make myself pretty at the ladies’ room), so I took it and left. I never did airport immigration so efficiently in my entire life!.

After I left the security area and changed some money at the airport (don’t do that yourself as it at least 2bht less than in the city centre), I then searched for deals on SIM card for my mobile. This was a very straightforward process, with various options available. Thanks to Couchsurfing local advice from Kay, I already knew which one to buy, DTAC, so I went for it. The deal was unlimited 4G internet for 15 days 599 Bath! Awesome, I so wish we had that in Colombia! It would make my life much easier when I visit my family! so far DTAC has had a perfect connectivity.

I then followed the signs to the train station, I arrived at the ground floor, and took the SA City Line train, all the process was quick and smooth. The cost of the ticket was 45bath, exactly as lonely planet guide indicated. The tickets can be purchased at the ticket machines or at the ticket office. I then received a sort of red plastic coin, which I then realised that it was my train ticket.  After 35 minutes and six intermediate stations, I arrived at Phaya Thai station.

The signs at this station were very poor so I exited to the wrong side. I eventually arrived at a taxi stand and arranged one to be called for me. I noticed that the driver did not turn on the meter, so I asked him politely to do so, but he replied: “no, no, no, too much traffic”. As I had read in the lonely planet guide, that many taxi drivers do this, I asked politely again, what would be the cost of my journey, to which he replied, 500bath. I then searched quickly in Google and demonstrated him that the estimate should be approximately 150bath only. I told him that I would not pay him 500bath and to turn on the meter. He then looked back at me, with a big smile on his face and told me with a soft voice; “200bath”. If you knew me well, you would know that one of my biggest weakness is a big smile, so I sighed and went for it. 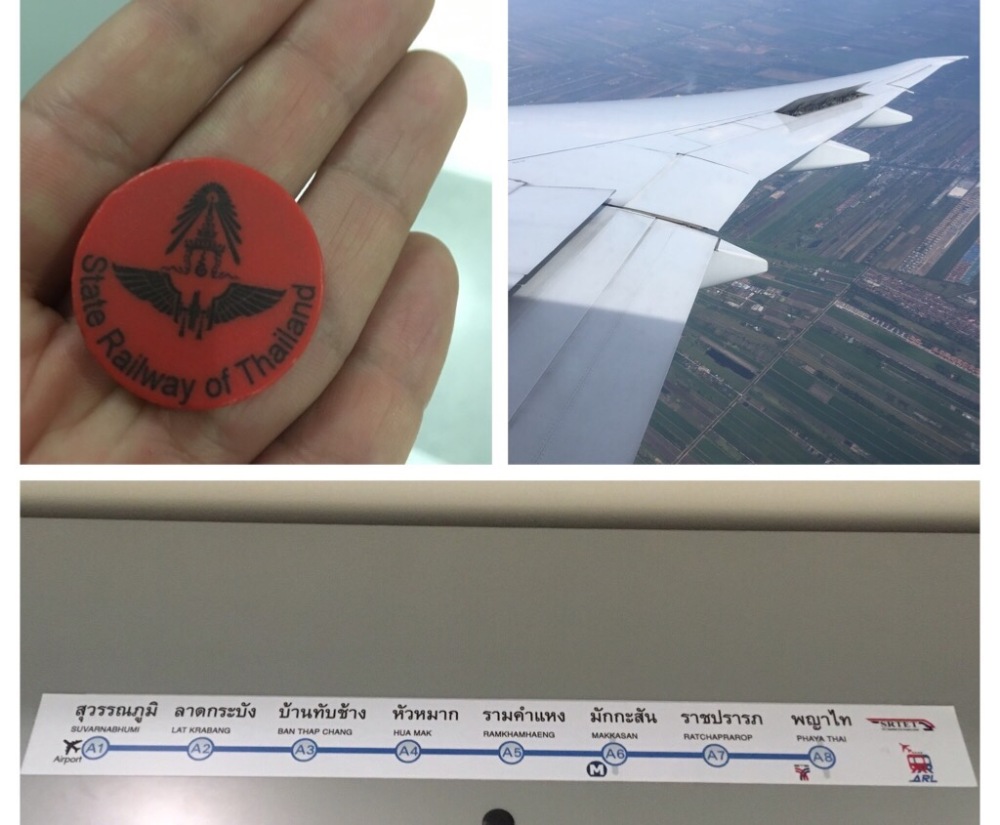